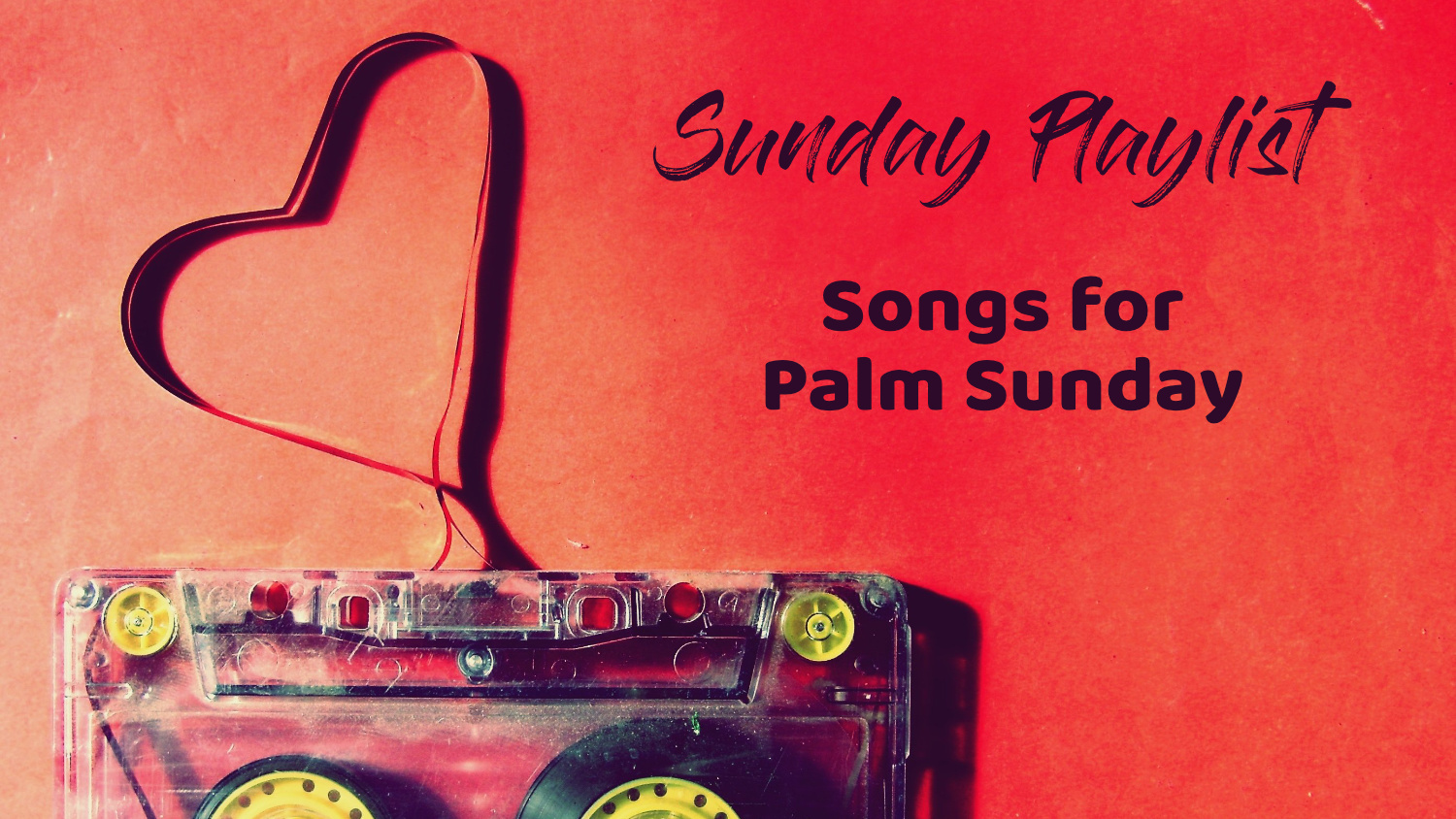 As we enter what the church knows as ‘Holy Week’, I’ve picked songs which explore some of the aspects of Palm Sunday and, in particular, Luke’s account in chapter 19 of his gospel.

I hope they help you enter in to communion with our king Jesus in the build up to the greatest weekend in human history.

‘So Will I’ by Hillsong

‘When he came near the place where the road goes down the Mount of Olives, the whole crowd of disciples began joyfully to praise God in loud voices for all the miracles they had seen: “Blessed is the king who comes in the name of the Lord!” “Peace in heaven and glory in the highest!”

Some of the Pharisees in the crowd said to Jesus, “Teacher, rebuke your disciples!”

“I tell you,” he replied, “if they keep quiet, the stones will cry out.”

There is something so poetic about Jesus’ response here and yet it contains such a profound truth; that all of creation was made to reflect (and therefore praise) its creator: every galaxy, every star, every planet, every mountain, every creature, even every tree and rock!

And there is a deep cry within every human heart to worship its creator. Nobody can do it for us, it has to be our response. We may not always have the words but that’s why songs like this are such a help:

‘The Scandalous Son of God’ by Ian Peacock

As I pondered the idea that Jesus was misunderstood for most of his short adult life, I remembered a song I wrote around six years ago inspired by the book ‘The Jesus Scandals’ by David Instone-Brewer, in which the author explains how we miss much of how scandalous and misunderstood Jesus really was in his culture: a child refugee, an ‘illegitimate’ son, unmarried, homeless (the list goes on). His unorthodoxy caused such a stir in his day that it got him crucified. For some who truly follow Jesus today, it could get them killed too. If we are not misunderstood by our culture, we may ask the question: are we living faithfully to his calling?

‘The Servant King’ by Graham Kendrick

It’s classic Kendrick; marrying simple, singable melodies with deep theological truth. I chose it because it reminds us that Jesus was a king like no other; a king who came to serve, to wash feet, to minister to the hurting and broken and, ultimately, to die in our place. That’s not the sort of king the world recognises but it is the sign of world’s true king – our king.

Luke’s account of Jesus’ triumphal procession in to Jerusalem is the only one of the four gospel accounts which doesn’t mention the word ‘Hosanna’. The other three writers all say people shouted this ancient word, which loosely means ‘God saves’ or ‘Save us God’ – it can be both a declaration and a plea. Matthew writes that children shouted it to Jesus after he had cleansed the temple too (Matthew 21 v 15-16). The chief priests and teachers of the law were indignant because they didn’t recognise Jesus for who he really was; the one who would save Israel (and the rest of humanity) from the power, pollution and punishment of Sin. Jesus is still the only one to whom we can cry ‘hosanna’ and be confident that he will save us.

‘As sure as gold’ by Robin Mark

Anyone who has been part of our church for the last ten years knows how much I love this song! It’s one of those rare songs that connects real faith with real life, real people; young men, widows, old, young, people ‘searching for higher highs’; dreamers, drivers and druggies! It also reflects the compassion Jesus had as he looked at Jerusalem in today’s passage:

As he approached Jerusalem and saw the city, he wept over it and said: “If you, even you, had only known on this day what would bring you peace – but now it is hidden from your eyes”.

Jesus saw a people looking for fulfillment in all the wrong places when what they needed had been with them all along – and it made him weep. It’s a great prayer for those we love who are still doing the same – ‘Send revival Lord – bring them all back home!’