Sunday Playlist – The Challenge of Generosity 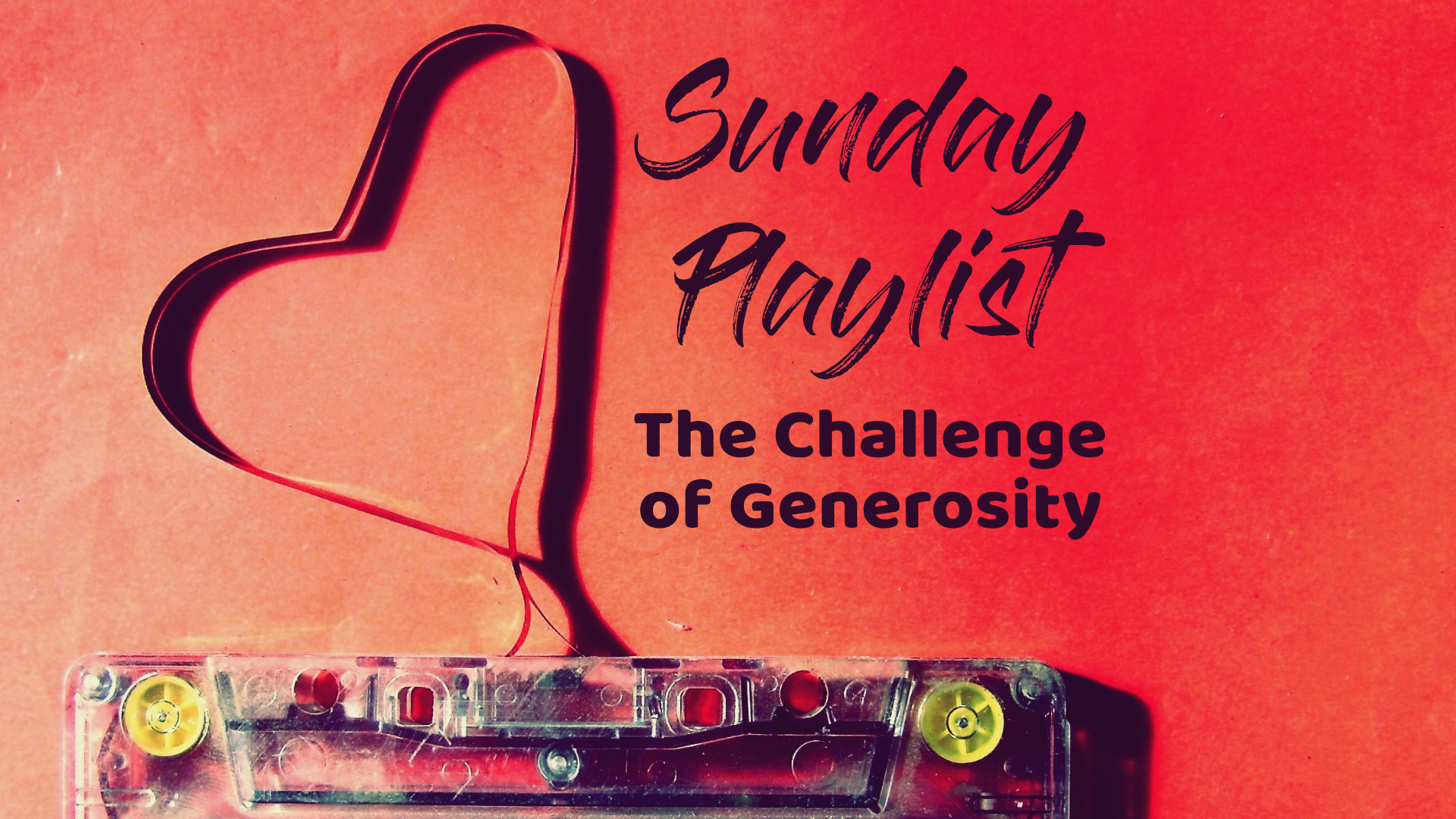 As we continue the story of the first followers of Jesus, we encounter the first obvious sign that this community was far from the perfect example many modern Christians would like to believe it was. It’s a challenging story and a tale of two extremes: great generosity and solidarity on the one hand and lies and judgement on the other. I don’t know about you but I am encouraged by the fact that, from the earliest days, there has always been evidence of both good and bad, godliness and ungodliness. Wherever people are, there will be sin, and that’s why we all need a saviour!

‘Come people of the risen king’ by Stuart Townsend

Now the full number of those who believed were of one heart and soul, and no-one said that anything that belonged to him was his own, but they had everything in common.

Luke’s description of the new community of Jesus followers in Acts chapter 4 is almost identical to his earlier one in chapter 2: both describe people who ‘held all things in common’ and sold possessions in order to share what they had with those who had less. They were ‘of one heart and soul’, despite being thrown together from different different backgrounds, social statuses and regions.

This song from the stable of Stuart Townsend, Keith Getty and Kristyn Getty has become a modern classic. Not only is it a great tune with sprightly instrumentation, it is an encouragement for today’s followers of Jesus, from all backgrounds, whether rich or poor, to be of one heart and one voice in joyful community. Now that’s something to aspire to!

Come, young and old from every land, Men and women of the faith
Come, those with full or empty hands find the riches of His grace
Rejoice, rejoice! Let every tongue rejoice!
One heart, one voice; O Church of Christ, rejoice!

Nobody likes being disciplined and yet there are times when everyone needs it. The story of Ananias and Sapphira dropping dead because of their lies probably shocks most of us. How can God be so harsh? Did they really deserve that?

Whilst it’s the only time in the book of Acts (and the whole of the New Testament) where God’s discipline is shown so starkly, the Old Testament shows many examples of God punishing his people’s unfaithfulness, usually by allowing something to happen to them, such as an invasion from a foreign army.

Contrary to some popular belief, God’s punishment is never arbitrary or spiteful. As the writer of Proverbs says so well:

My son, do not despise the Lord’s discipline, and do not resent his rebuke, because the Lord disciplines those he loves, as a father the son he delights in.

Just like a parent disciplines a child because they care too much about their child not to, God, our father, disciplines us for our own good and for his good name we carry. And, as Paul will later write to the Roman church, discipline starts at home; with God’s people, with those who ‘should know better’.

Brian Doerkson’s old song (although this is a newer, more rocky version which I really like) is a humble reminder that, if we are honest with ourselves, we all need correction from time to time from the one who knows our hearts and our deeds.

‘The Way of the Cross’ by Matt Redman

The message of God’s forgiveness through the death and resurrection of Jesus is the best news anyone could hear. However, there is a danger that, after a while, we may cheapen his sacrifice, whether intentionally or unintentionally, using it as some kind of ‘insurance policy’; a license to live however we like without consequence. This isn’t ‘the way’, ‘the truth’ or ‘the life’ Jesus calls us to. He does not offer us a life of comfort but calls us to ‘deny ourselves’, ‘carry our cross’ and be willing to ‘put to death’ some things which spoil our hearts, our community, and the work he wants to do in and through us. He wants our whole lives! It’s incredibly challenging but incredibly rewarding too.

‘Make my life a prayer to you’ by Keith Green

Like Ananias and Sapphira, it’s tempting to ‘go through the motions’; to try to be seen to be a ‘good Christian’, to attend the meetings, to pray the right prayers, to sing the songs and raise our hands, to offer a tithe, to serve on rotas and to give to the poor. But God sees our hearts and he sees when we are speaking and acting out of a desire to ‘keep up appearances’. We may be able to fool ourselves and others some of the time but we can’t fool God!

I’m so thankful that when we are authentic and own up to our faults, God gives us a chance to put it right and to start again with him.

This song, like many of Keith Green’s, is open and honest and we would do well to make it a prayer of our own (even if Keith’s theology of Jesus ‘coming to take us away’ is something I would disagree with him about!)

Make my life a prayer to you,
I wanna do what you want me to
No empty words and no white lies,
No token prayers, no compromise

The title of this song encapsulates much of my views of how typical Christians live most of the time. There are times when God does the miraculous; provides in some extraordinary way or heals an illness (as we have seen several times in the book of Acts already). But most of our Christian experience is in the small things, the way we try to show the love of Jesus in our mundane, every day tasks and in the way God restores us when we make a mess of things. We can make a difference, not because we try harder than others, but because we are empowered by God’s Spirit.

There are times we lack the courage and the words to share our faith
We don’t always act like Jesus, tell the truth or speak with grace
Changed from one degree of glory by the one who took our fall
Years go by and we may wonder have we changed that much at all?

Ordinary people called to a mission
Walking with The Spirit – We make a difference
Ordinary people who are envisioned
Living by the Spirit, all for the mission of God

So may your heart by open to The Father who loves you this week, empowered by His Spirit to make a difference in the name of Jesus.